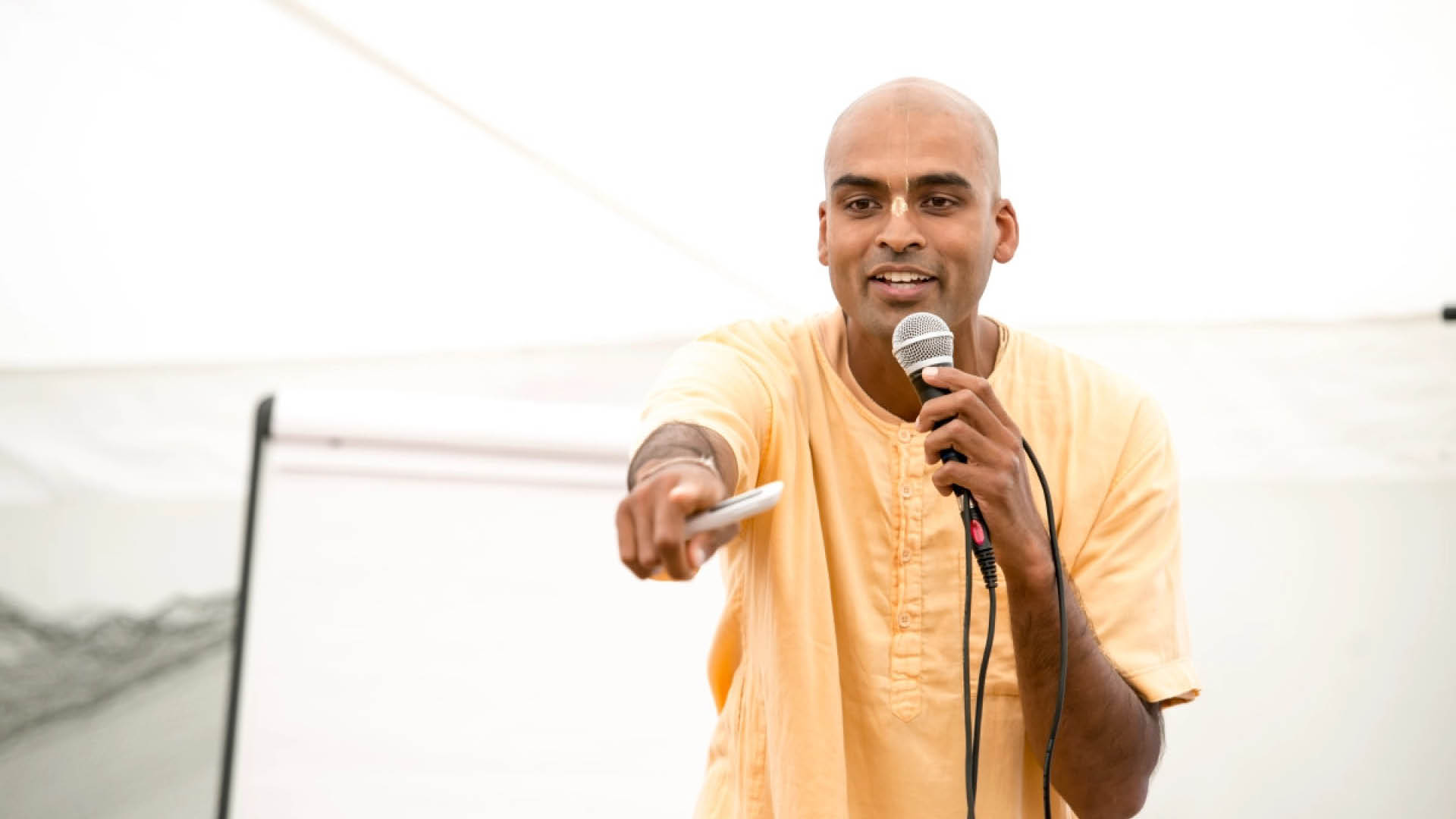 Born in the suburbs of London, Sutapa was a talented cricket player growing up and was even picked for trials to play at County level. But destiny took him on a different course when at the age of sixteen, he was given a Bhagavad Gita by a Hare Krishna monk. The search for spiritual bliss took hold of him and never let go.

After graduating from UCL in information management over 2 decades ago, he spent six months travelling in India and then swiftly joined the Bhaktivedanta Manor temple afterwards. Donning the saffron robes of a monk, he became one of the pioneers in modernising and raising the standards of the Bhaktivedanta Manor monastery and is now one of the strongest leaders in the UK Vaishnava |(followers of Krishna) community. His main motivation behind these achievements is to help people find Krishna, find themselves and find their purpose in spirituality.

Over the last ten years, he has also established himself as a prolific author of contemporary Krishna conscious literature. Aside from being the head of School of Bhakti, Sutapa also teaches various courses in the School and is particularly fond of delving into the sacred scriptures. One of Sutapa’s great inspirations in life is the great Vaishnava Saint and poet, Sri Narottama Das Thakur who mentions in a famous poem, that “To serve in the association and live in the association of devotees – that is my only desire!”

Many would appreciate this sentiment, but Sutapa has made it his reality.