During the first week of October Bhakti Vriksha groups came together for their first Vyuha event post lockdown, at Bhaktivedanta Manor’s Haveli.

Around 110 devotees attended in person from across north-west London and 40 online to celebrate their members’ journey and appreciate their commitment to Srila Prabhupada and Bhaktivedanta Manor.

Amongst other activities, each group was given 10 minutes to put on a performance which included kirtan, drama, children singing, presentation on essence of Bhagavad Gita and recitation of selected verses from Bhagavad Gita.

One of the highlights of the event was the “Siksha Ceremony” wherein members were awarded certificates based on their progress in Krishna Consciousness. There are 5 Siksha levels within Bhaktivriksha which look after the members’ progress throughout various devotional activities e.g. daily chanting, four regulative principles, regular temple service and reading Srila Prabhupada books.

As part of Siksha ceremony, 140 members were awarded certificates according to their Siksha level by  Visakha Dasi and Sutapa Das. 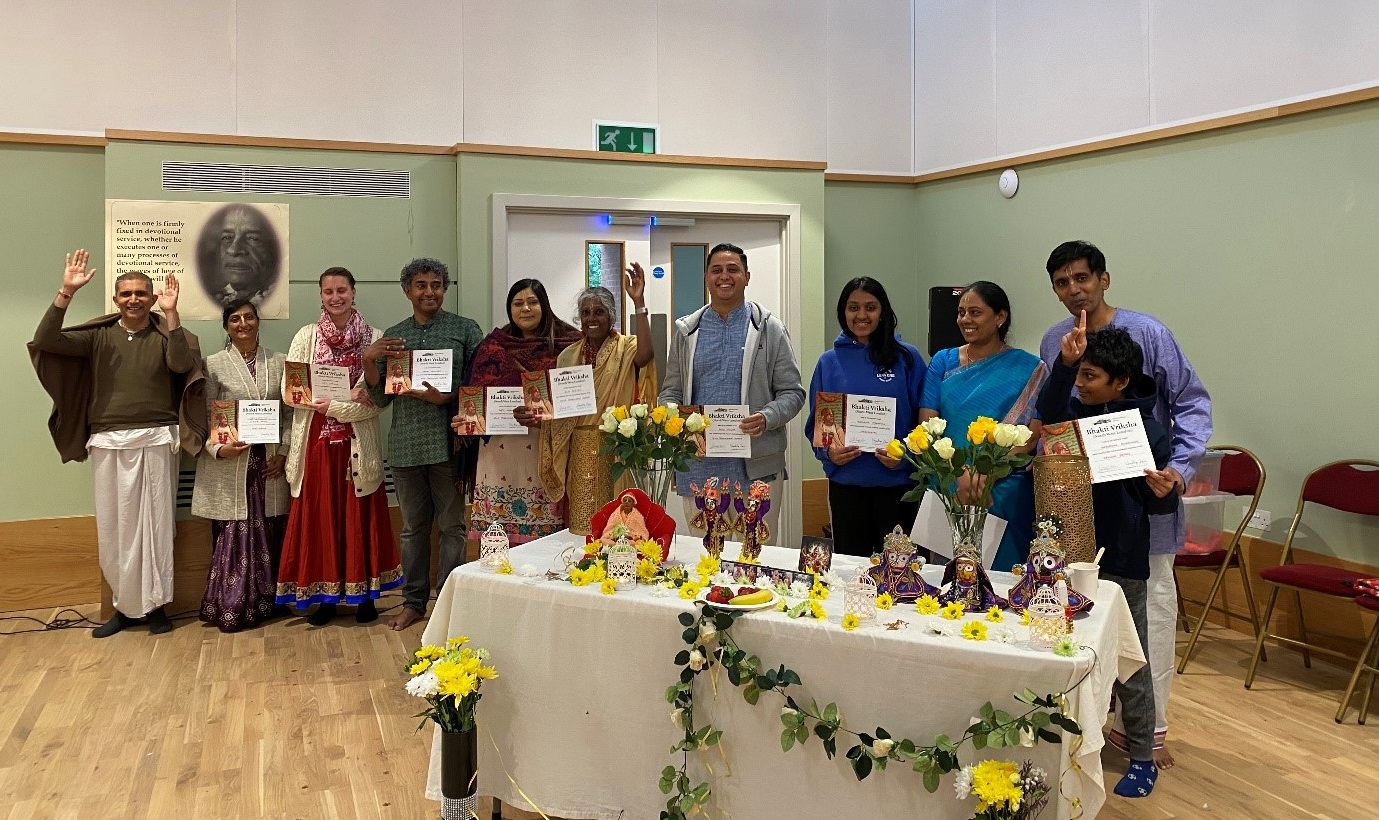 “Vriksha just doesn’t mean tree but it specially means a tree that has fruits and flower,” explained Visakha Dasi. “When we talk about Bhaktivriksha, the fruits and flowers are all of you!”

Sutapa das encouraged the devotees by mentioning “Bhakti-vriksha is not just about learning knowledge but also teaches character and how to be a Vaisnava  in a community. Therefore, by being part of this community, you are getting everything that you need to flourish in Krishna consciousness.”

Bhakti-vriksha (Meaning Tree of Devotion) is a programme designed for the community living outside the temple to facilitate their learning, application and sharing of Krishna consciousness principles in their day-to-day lives. 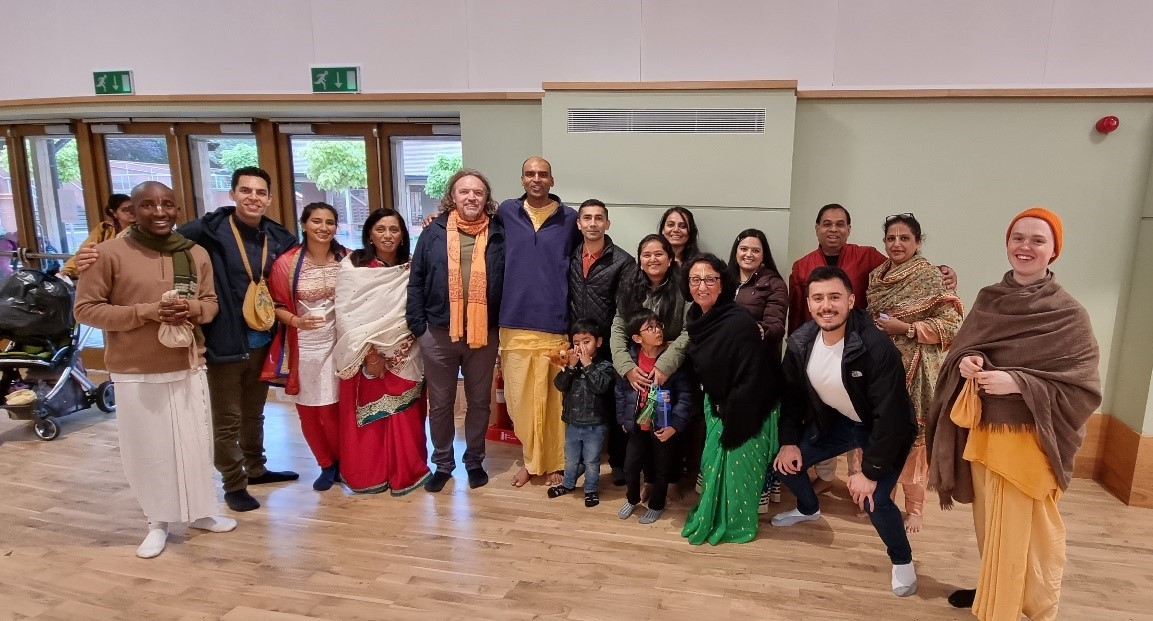 There are currently 150 members enrolled who are in different stages of their spiritual practice and continue to march forward with full enthusiasm. Over the last 4 years, the programme has grown from strength to strength as the members have stepped up and bravely taken the responsibility to facilitate new groups to welcome new members in the Manor community.