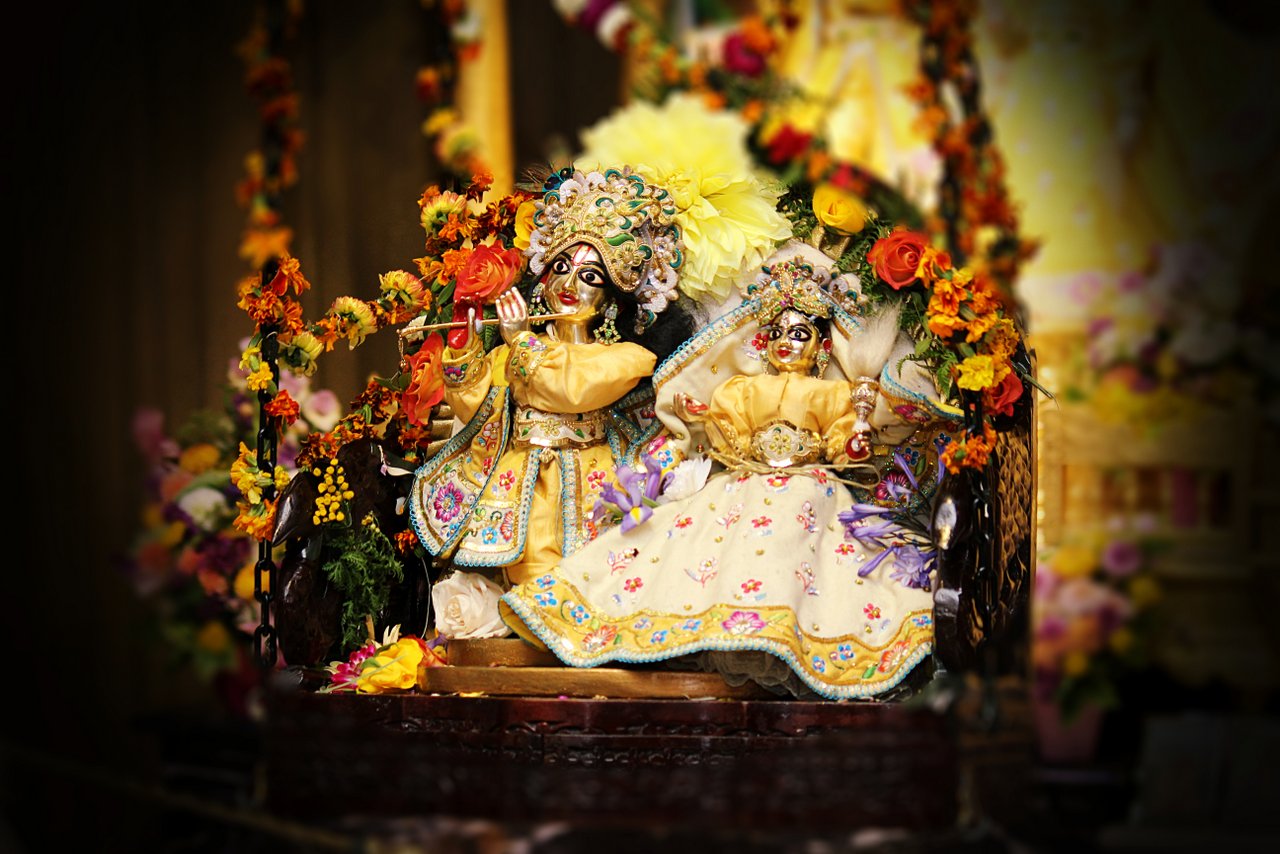 The five-day festival of Jhulan at Bhaktivedanta Manor, when Sri Sri Radha Gokulananda are placed on a swing and swung by Their devotees, is a joyous occasion.

During this special time all of us can throng to the temple and please the transcendental eternal forms of Sri Sri Radha Gokulananda. These transcendental forms of the Lord, called Archa-Vigraha, are installed in the temple and are non-different from Them personally. These forms are expanded by the Lord by His internal potency to facilitate the devotional service of His innumerable devotees who are in the material world.

Since our material senses cannot perceive the spiritual nature of Sri Sri Radha Gokulananda, They accept such Archa Vigraha apparently made of a material element such as marble, but actually there is no material contamination. The  Supreme Personality of Godhead and His eternal consort are waiting for us to fill our hearts with transcendental happiness by serving Their beautiful transcendental forms as They swing at Bhaktivedanta Manor during Jhulan-yatra.