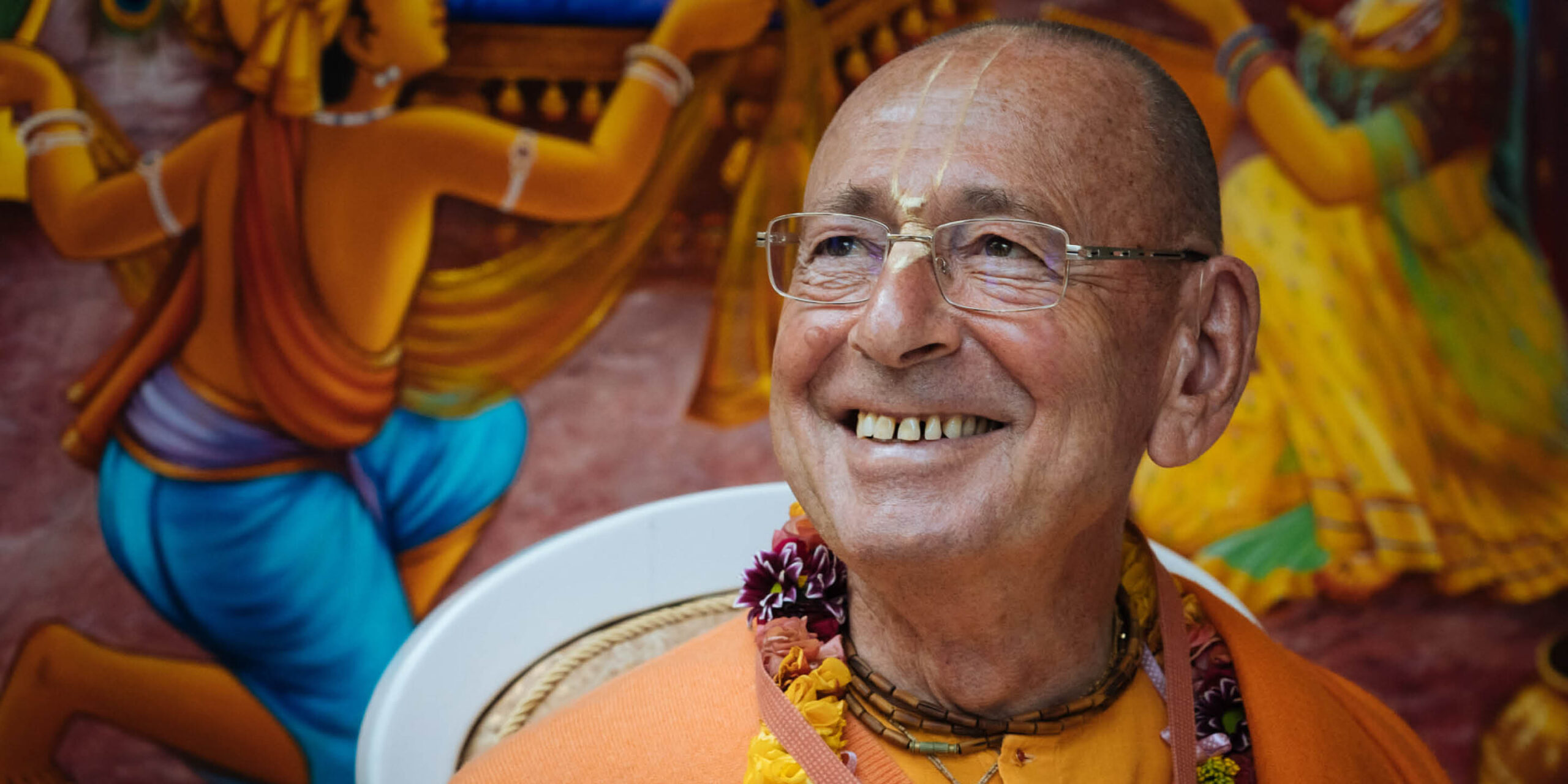 In 1973, Sivarama Swami joined the International Society for Krishna Consciousness (ISKCON), a dynamic organisation representing Vaishnavism, and became a disciple of ISKCON’s Founder-Acharya, A.C. Bhaktivedanta Swami Prabhupada. Six years later, at age 29, he entered a life of renunciation and was awarded the order of sannyasa (celibate monk). In 1987 he was ordained as an initiating spiritual master in the Vaishnava denomination.

Sivarama Swami is an internationally acknowledged religious leader, theologian, author of 23 books and dozens of articles, and an environmental and human rights activist. His scholarship and writings, his extensive public activities, his continued efforts to stand up for human rights, and his regular involvement in interfaith dialogues have made Sivarama Swami one of the most prominent religious leaders in Europe.

Join us for an evening of katha in the Sri Krishna Haveli.