A Message from Ramanuja das  the Producer/Director of Hare Krishna Culture TV:

With the blessings of Lord Sri Krishna and Srila Prabhupada, we are delighted to inform you that B4U Music TV Channel has started broadcasting our Hare Krishna Culture TV show on its channel every day from 6am till 7am GMT all over the UK, Europe, Africa, Malaysia and Singapore.

B4U Music is a very famous mainstream Indian Bollywood Music TV Channel and is available on Virgin Media , Sky Channel 781 and Free Set. Its also on mobile devices including Iphone, Ipad, Blackberry and Android, as well as online through Yamgo TV.

MATV Sky Channel 793 (UK) and all the other channels, e.g. Disha, Sanatan and MH1 Shraddha (India, USA and Canada), will continue to broadcast the show as usual.

We are heartily grateful to all the viewers, supporters and well wishers for their kind support and help, without whom it would not have been possible to broadcast the message of ISKCON and Lord Caitanya Mahaprabhu to millions of people. 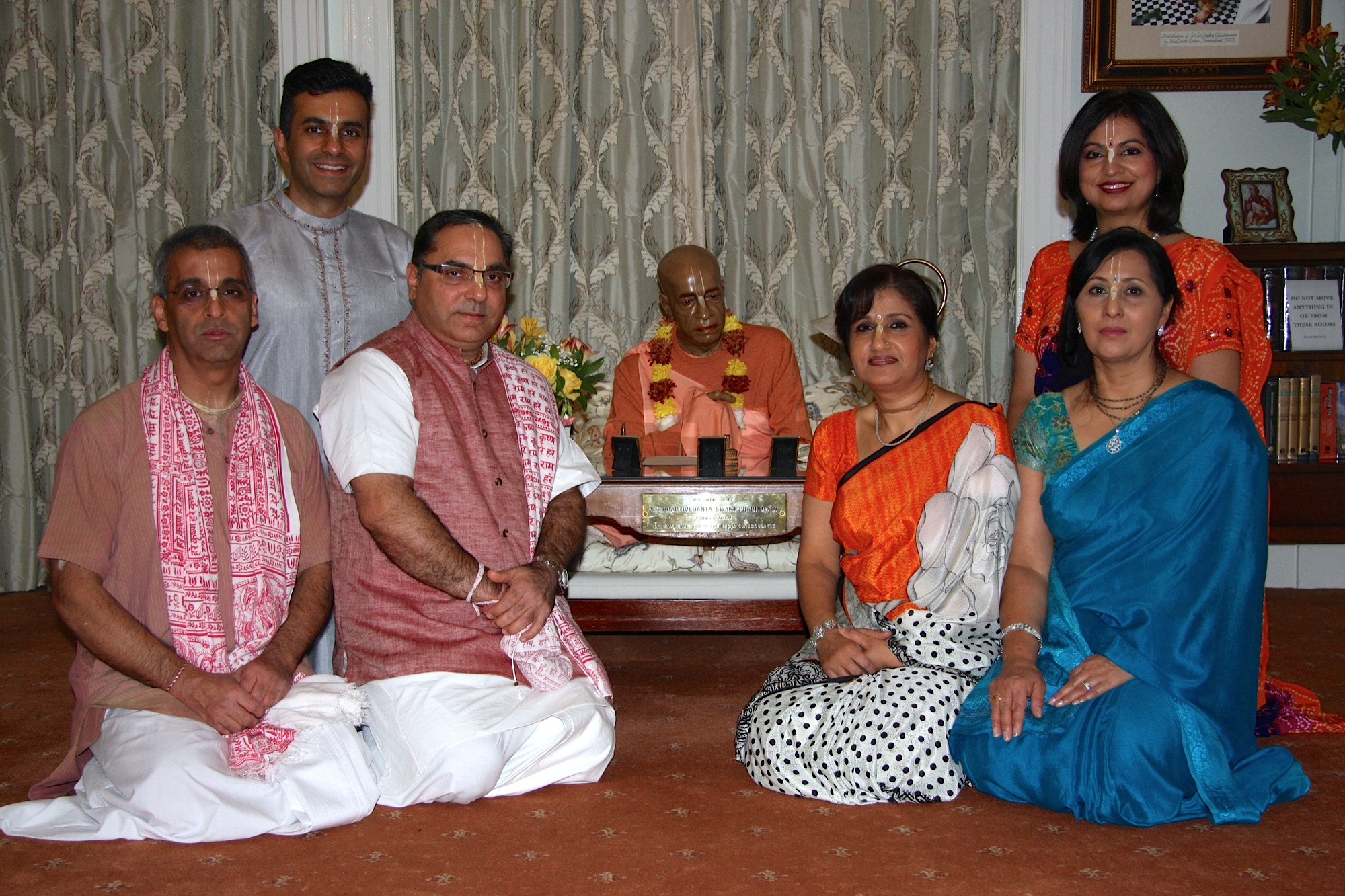 We are grateful to Lord Sri Krishna and Srila Prabhupada that they are allowing us to serve Them in this way. I would like to share with all of you a letter by Srila Prabhupada expressing his desire to  broadcast the message of Krishna Conciousness on TV Channels.

“This television program is very much encouraging to me, and I wish to take part in it immediately. I wanted to cancel all other engagements and go direct to Los Angeles, but if I go in that way my  promised visit to Sydney and to Japan especially will be frustrated.
So take little patience at least for one month, I’m sure that by end April I shall reach Los Angeles.
One thing more, if we are successful in this program then my dreamt mission of life to spread Krishna Consciousness all over the world will be fulfilled. I wish to speak on the great philosophy of Bhagavata Dharma at least once in a week on Television, so if arrangement is made by you for this, then you will be doing the highest service for Krishna.”