Highlights of the festival included colourful dances, plays from ancient Indian history, devotional music and thousands of free vegetarian meals were served to the guests throughout the day. 1500 volunteers help prepare for the festival over 5 days.

Ajay Kumar the event organiser said “We have continued to follow government Covid Guidelines and made this a ticketed event, preventing overcrowding and making this a safe festival for all the family, young and old”.

The Home Secretary Priti Patel, dressed in a stunning pink Indian lehenga, was given an extensive tour of the extensive grounds. It included the George Harrison Garden followed by the main temple shrine where she performed a ceremony and received blessings from the temple’s Head Priest. 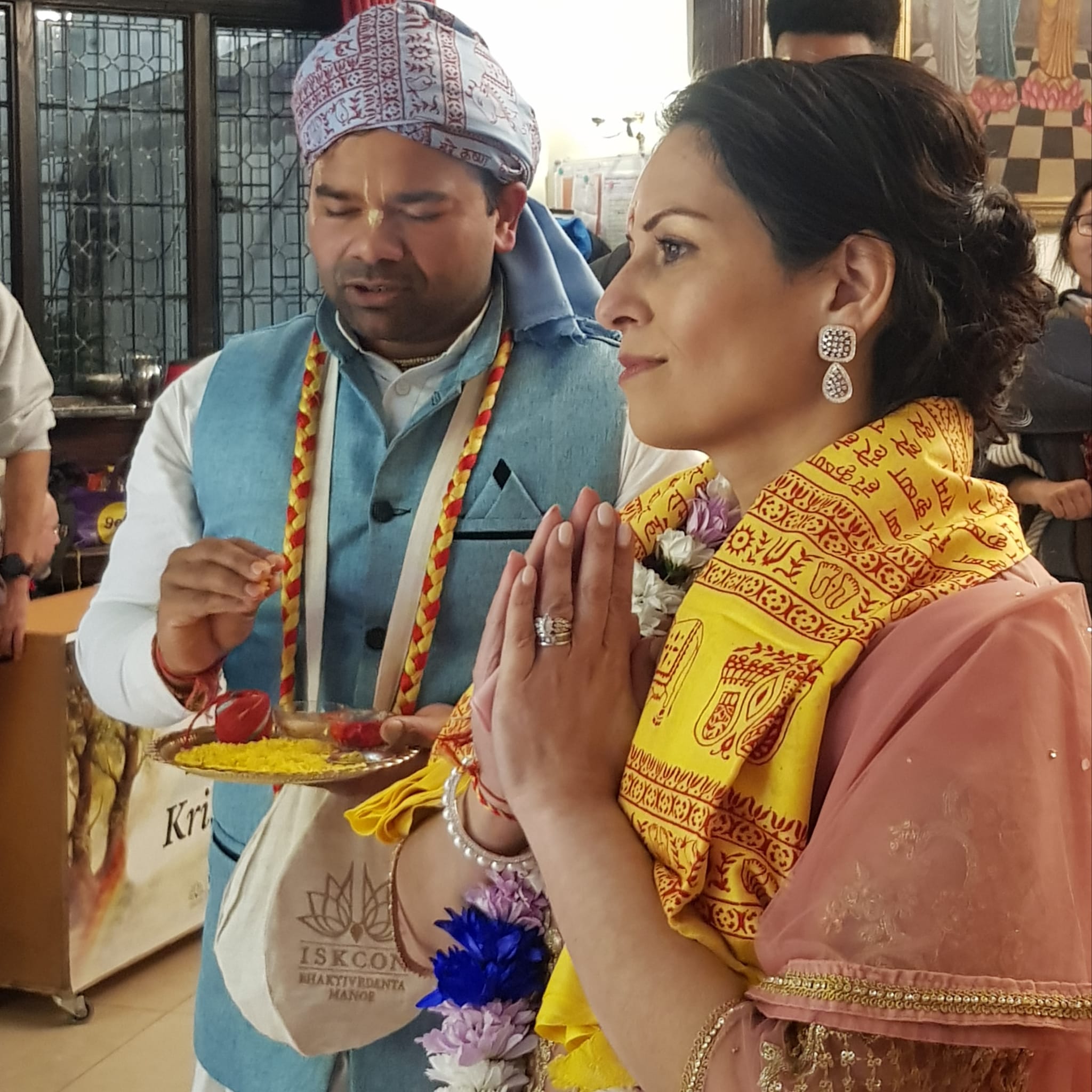 After visiting the rooms of ISKCON’s founder Bhaktivedanta Swami Prabhupada, she was led to a beautiful exhibit representing the holy place of Vrindavan. There she was gifted a beautiful book about the numerous pilgrimage sites in that region of India.

As a finale, she was escorted to the Manor’s New Gokul farm on site where she honoured the majestic cows with a ceremony, and then joyously feeding them with carrots!

The Rt Hon Priti Patel said ” “It was an honour to be back at Bhaktivedanta Manor for Diwali blessings today. Thank you all for the wonderful welcome you gave me.”

The central theme of Diwali is the victory of good over evil and light over darkness – from the ancient Indian epic “Ramayana”, when Lord Rama returns in victory after slaying the demon Ravana.

“Diwali is a time for family and for prayers, sacrifice and charity,” said Temple President, Her Grace Visakha Dasi. “Millions of devotees around the world worship Lord Rama on this day by lighting lamps and sharing a sumptuous vegetarian feast with friends and neighbours”.