Mohan Lutha, Hari Priya dasi, their children and Tonmoy Mukherjee took part in a special Diwali message of goodwill organised by the Watford Football Club. Filmed on their huge stadium, the message was broadcast on social media and aimed at the Club’s growing fan base on the Indian subcontinent and beyond.

Mohan and Tonmoy are Trustees of the Bhaktivedanta Manor School. 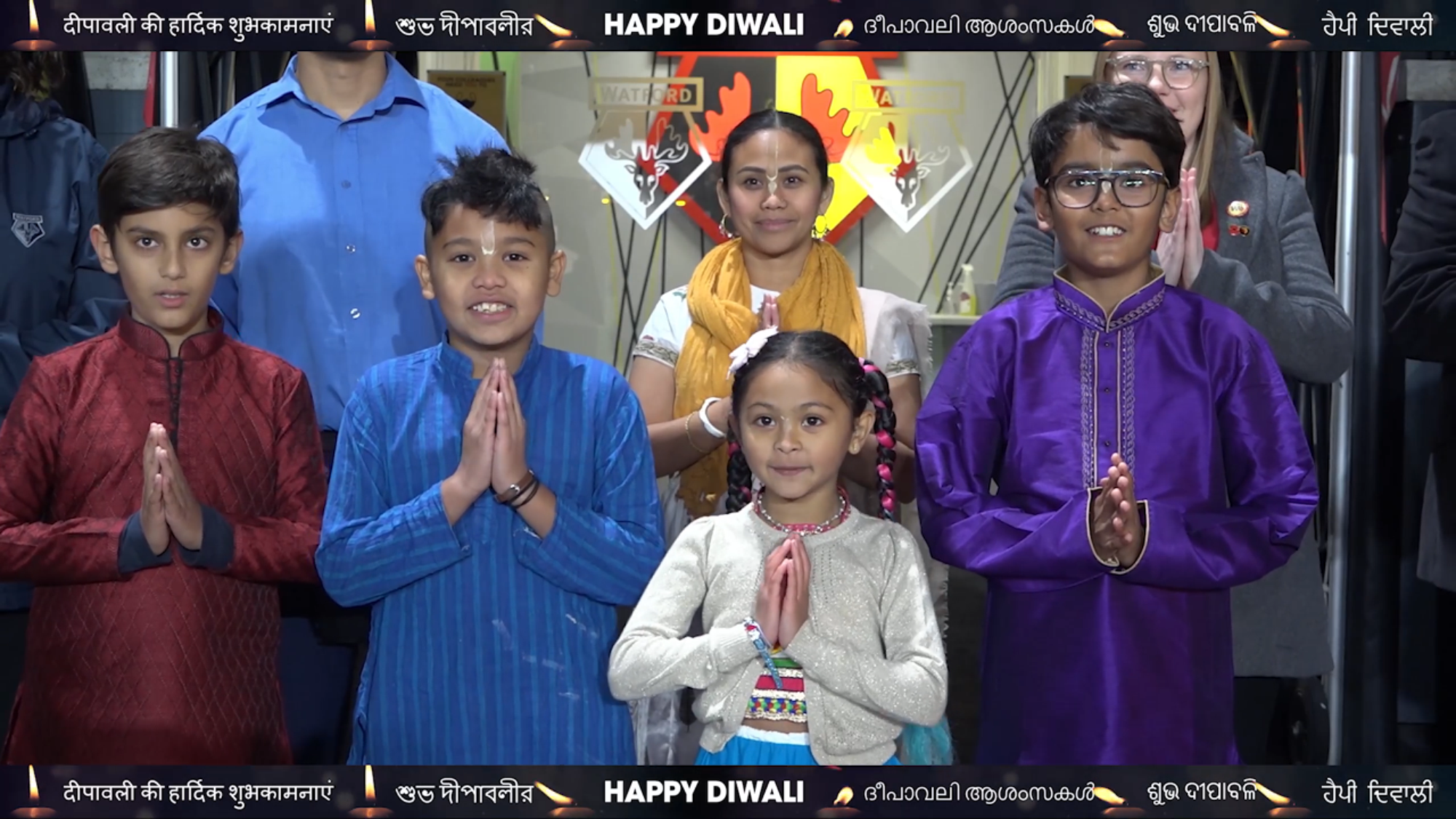 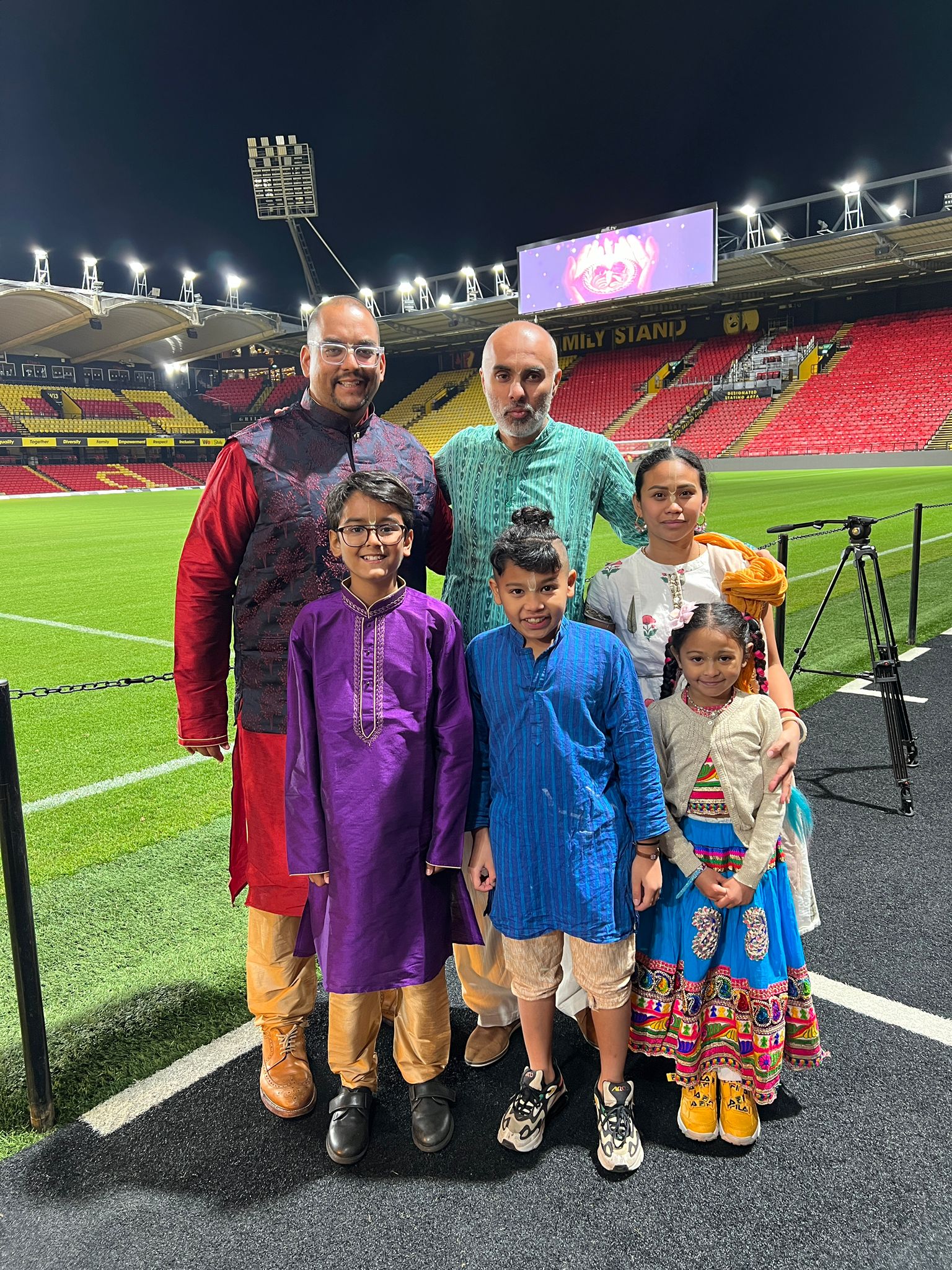