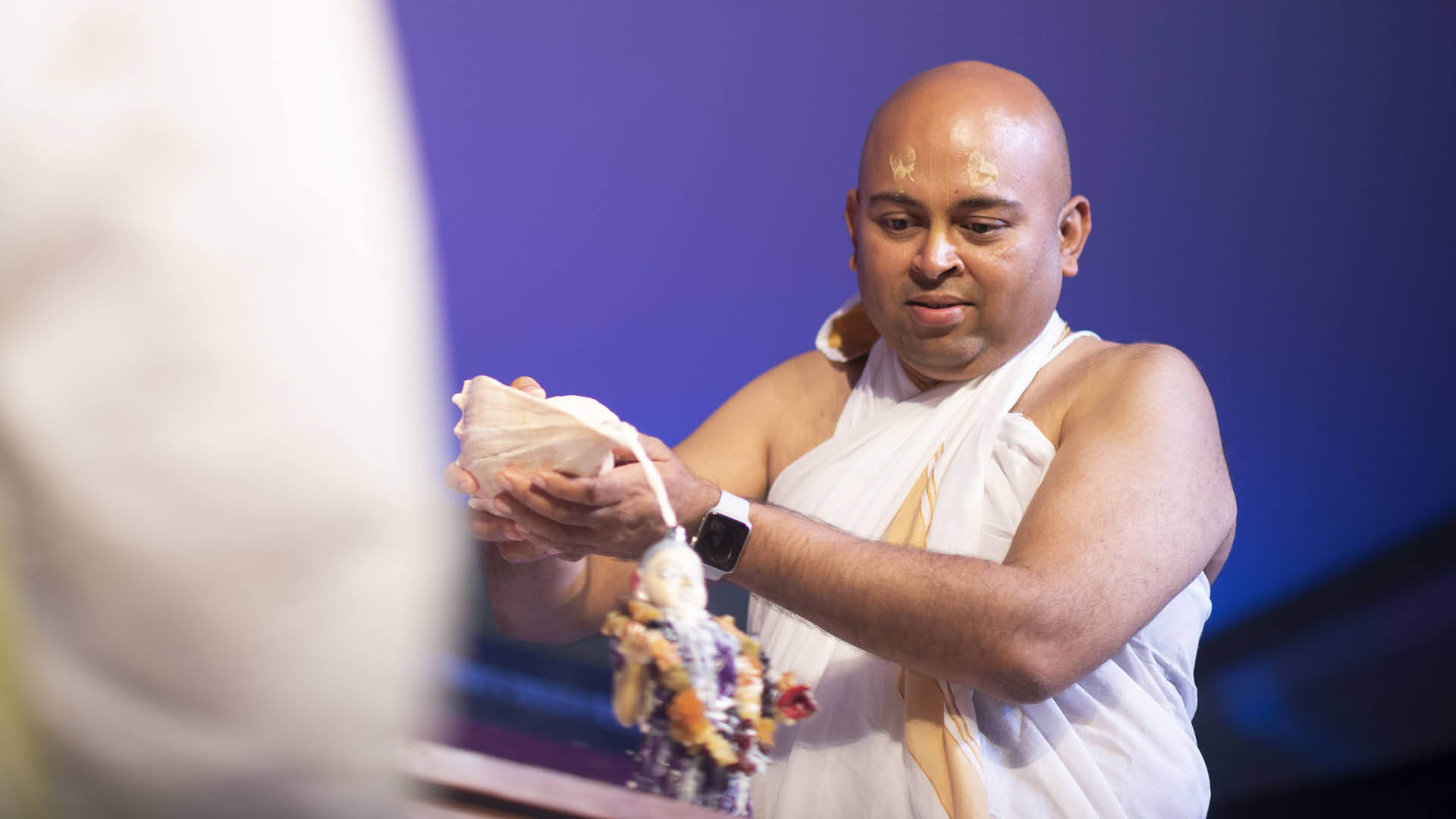 Kartik Chandra Das was born and raised in a traditional Vaishnava family who trace their Vaishnava roots going back at least fourteen generations. From an early age he received training in devotional scriptures, philosophy and Sanskrit language. Thus, he had first-hand experience of Vaishnava tradition and culture as part of his upbringing. He met ISKCON devotees in 1993 and has been associated with ISKCON ever since. Srimad-Bhagavatam is his favourite literary work and he loves to enthusiastically share what he has learnt from guru, sadhus and shastras. His other interests are in Children’s Education, Sanskrit Aesthetics, Paninian Grammar, Linguistics and Philosophy of Science. He lives in North West London with his wife and two children.