The Queen and Prince Philip enjoyed an eclectic mix of music and dance during their Diamond Jubilee tour of Krishna Avanti School on Thursday 29th March.

Crowds lined up along Camrose Avenue, Harrow, to catch a glimpse and as the Queen arrived the children could barely contain their excitement. Once inside she was escorted throughout by Nitesh Gor, one of the Directors of the Avanti Schools Trust, through spectacular song and dance displays by local children and adults. Children representing every school in the borough were invited to take part in the day’s events. 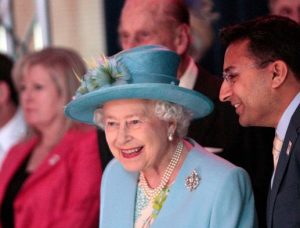 Then the Queen unveiled a beautiful tapestry which depicted Caitanya Mahaprabhu dancing in Jarikhanda forest with the animals, a gift from the School to Buckingham Palace.

Srutidharma das explained to the Queen that Caitanya Mahaprabhu taught a philosophy that is “beyond all material designations and differences, and that through singing and dancing we should surrender our hearts to God”. 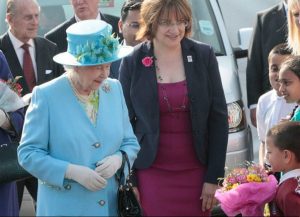 The children also recited a verse from the Siksastaka which included a translation, explaining that “in order to have peace and prosperity in society we need to imbibe three qualities: humility, tolerance and respect for all others”. Srutidharma das explained that the Krishna Avanti School is based on these values, and the Queen responded “Isn’t that wonderful!”

Kirtan honouring Her Majesty The Queen

Prayers for Her Majesty The Queen 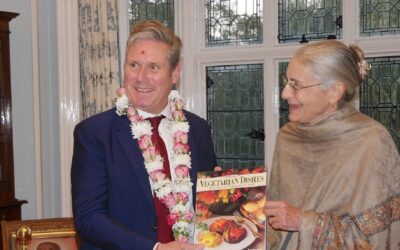 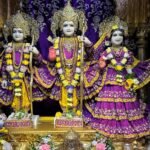 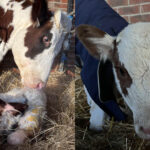 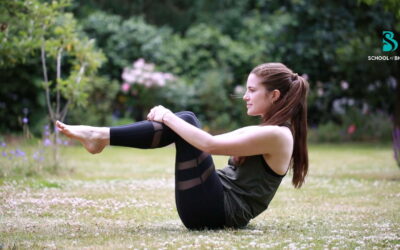