In June initiation ceremonies were carried out at Bhaktivedanta Manor by Kadamba Kanana Swami and Chandramauli Swami. Candidates were from across the UK and Europe and there were both first and second initiations. 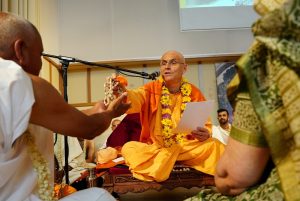 Initiation includes the promise to refrain from meat-eating, gambling, illicit sex and intoxication, as well as vowing to remain loyal to Srila Prabhupada’s ISKCON. Second initiation, called Brahmin initiation, represents a higher standard of spiritual practice whereby practitioners can engage in deity worship at the temple. 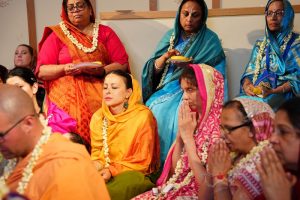 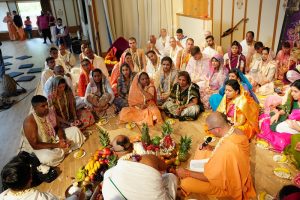