When dissimilar individuals or concepts are harmonised, it’s called ‘unity in diversity.’ Such unity isn’t based on mere tolerance of psychological, personal, or ideological differences but is based on an understanding that these differences can enrich us. Unity in diversity can make us more fulfilled, broader devotees of Krishna. This sort of unity doesn’t mean uniformity and this sort of diversity doesn’t mean fragmentation. In Srila Prabhupada’s words, “In the material world there are varieties, but there is no agreement. In the spiritual world there are varieties, but there is agreement. That is the difference. The materialist without being able to adjust the varieties and the disagreements makes everything zero. They cannot come into agreement with varieties, but if we keep Krishna in the center, then there will be agreement in varieties. This is called unity in diversity.” (Letter to Kirtanananda Oct. 18, 1973)

Srila Prabhupada wanted his diverse followers to cooperatively practice the principles of Krishna consciousness and to offer Krishna consciousness to all others. Since his followers came from the entire spectrum of society, as well as from different cultures and different religious, educational and economic backgrounds, they sometimes had quite different understandings of Srila Prabhupada’s teachings and desires.

Correctly or incorrectly, all of us tend to consider our understanding the right one and other’s differing understanding as mistaken in some way. When Srila Prabhupada noticed his followers displeasing each other and fighting, he said it gave him “too much agitation” in his mind and he reiterated a verse vital to solving this difficulty: “One should chant the holy name of the Lord in a humble state of mind, thinking oneself lower than the straw in the street; one should be more tolerant than a tree, devoid of all sense of false prestige and should be ready to offer all respect to others. In such a state of mind one can chant the holy name of the Lord constantly.” And Prabhupada commented, “We must always remember this verse and be as tolerant as the tree, as we execute the Krishna consciousness movement. Without this mentality we cannot be successful.” (Letter to Kirtanananda, Oct. 18,1973) 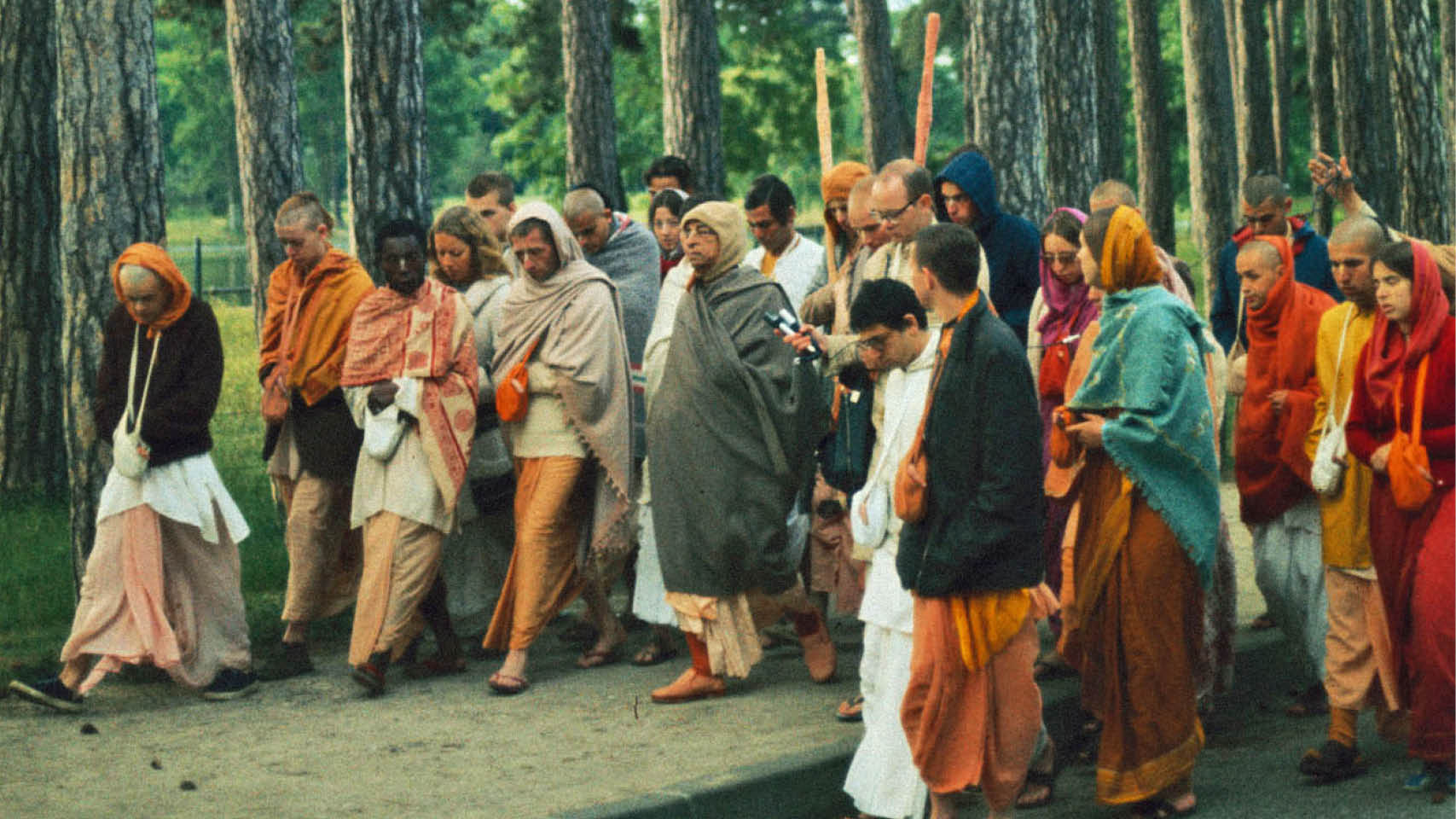 In the same letter to Kirtanananda quoted above, Srila Prabhupada also wrote, “Material nature means dissension and disagreement, especially in this Kali yuga. But, for this Krishna consciousness movement its success will depend on agreement, even though there are varieties of engagements. … if we fight on account of diversity, then it is simply the material platform.”

Variety can be an asset, for it can enhance our attraction and appreciation of something. The beauty of a vase with many types of flowers and greens, for example, is greater than that of a vase without such variety. Similarly, Srila Prabhupada explains that Krishna, the Supreme Personality of Godhead, wants us to do what He says and what He says is variegated. His purpose is individual for everyone. In Srila Prabhupada’s words,

“Varieties of purposes. Krishna is asking Arjuna to fight with the Kurus, or He’s asking me to preach. I am not fighting. So Krishna, being all pervasive. He has got varieties of order, and your duty is to carry out the order of Krishna, that’s all. What kind of order He’ll give, you expect, just like you are doing, all my disciples. It is not that you are all doing the same thing. Somebody is pūjārī, somebody is preaching, somebody is collector, somebody is Messiah, somebody is this, somebody is that. So there are different varieties, but your duty is to carry out my order. Surrender means, whatever is favorable for Krishna we apply, that’s all. You cannot say, just like Arjuna, he first of all declined, ‘Krishna, I am not going to fight.’ That is not surrender. You cannot deny Him. That is surrender. Then, when he understood Bhagavad-gītā, he said, ‘Yes, I shall do that.’ So long I deny Krishna, that is disunity, and as soon as I agree, ‘Krishna, yes,’ then this is unity. This is unity. Unity does not mean that Krishna and Arjuna become united, homogeneous. No. Krishna is distinct, and Arjuna. They continue to exist. In the beginning Arjuna was denying to fight. That is disunity, and at the end when he said, ‘Yes, kariṣye vacanaṁ tava [Bg. 18.73], my illusion is now over,’ that is unity. Unity does not mean one’s self loses individuality. That is cannot…, that cannot be. Krishna says that ‘Both you and Me and all these soldiers and kings, they existed before, now we are existing, and we shall exist in future.’ So that individuality is always kept. So unity means agreeing with the order of Krishna, and disunity means not agreeing with the order. Otherwise, your existence, mine and Krishna’s existence, always will be.” (Room conversation, Vrindavana Feb. 13, 1974)

Each of us can appreciate the service of other Krishna devotees, express our gratitude to them and try to assist them in some way. This sort of unity in the midst of diversity will create a beautiful offering for Sri Sri Radha Gokulananda and give immense pleasure to Their intimate servant, Srila Prabhupada.